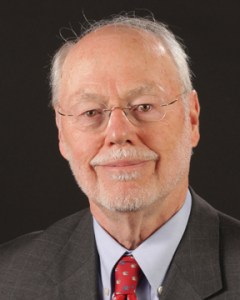 Phillip A. Sharp, PhD, the Nobel laureate who leads Stand Up To Cancer’s scientific program as chair of the Scientific Advisory Committee, will receive a special award from the American Association for Cancer Research (AACR) for his leadership in cancer research, the AACR has announced. The 2018 AACR Distinguished Award for Extraordinary Scientific Innovation and Exceptional Leadership in Cancer Research and Biomedical Science will be presented on April 15 during the AACR Annual Meeting 2018 in Chicago.

“As the Scientific Partner of Stand Up To Cancer, the AACR has had a spectacular vantage point to witness how Dr. Sharp embraces the urgent need for collaboration in cancer research,” said AACR Chief Executive Officer Margaret Foti, PhD, MD (hc). “He has translated his considerable scientific expertise into a dynamic leadership role in cancer science that stimulates innovation and encourages other scientists to bring their best original work to the goal of defeating cancer in all its forms.”

Dr. Sharp has been SAC chair since Stand Up’s inception in 2008 and has guided the creation of 23 Dream Teams of top researchers at different institutions and many other research units and awards. He is institute professor and faculty member at Massachusetts Institute of Technology and its David H. Koch Institute for Integrative Cancer Research.

A world leader in molecular biology and biochemistry, he was awarded the 1993 Nobel Prize in Physiology or Medicine for his co-discovery of RNA splicing. He was elected as an inaugural Fellow of the AACR Academy in 2013.